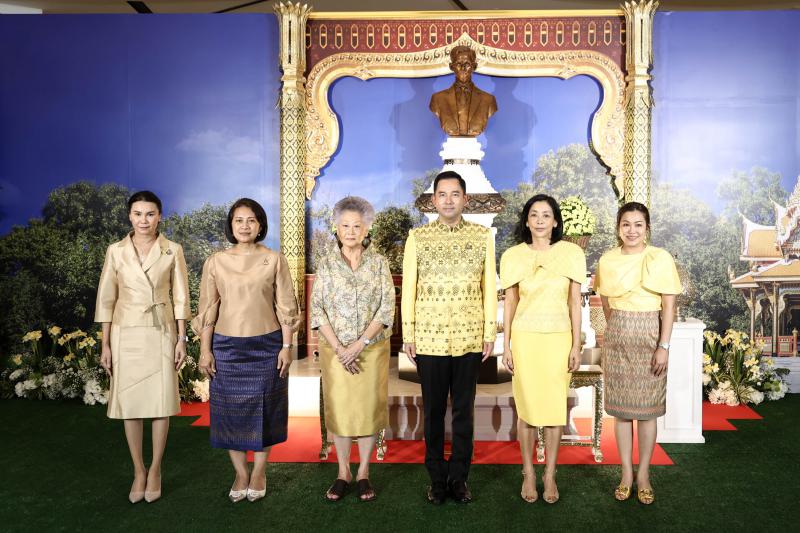 Swiss Student Alumni Association under the Royal Patronage of HRH Princess Galyani Vadhana together with the Ministry of Culture and Siam Piwat organize “The Bust of King Bhumibol Adulyadej The Great in Lausanne”. Taking place at Siam Paragon’s 2nd floor of Lifestyle Hall, the seven-day event is held to honor and pay respect to the late King Bhumibol on the anniversary of the king’s birthday on December 5. Starting from 2-8 December, the event displays a replica of the life-size bronze bust which the original is now overlooking Lake Geneva in Switzerland. Together on display is a replica of the Thai Pavilion in Lausanne. The event also includes an exhibition showcasing Royal Projects models. 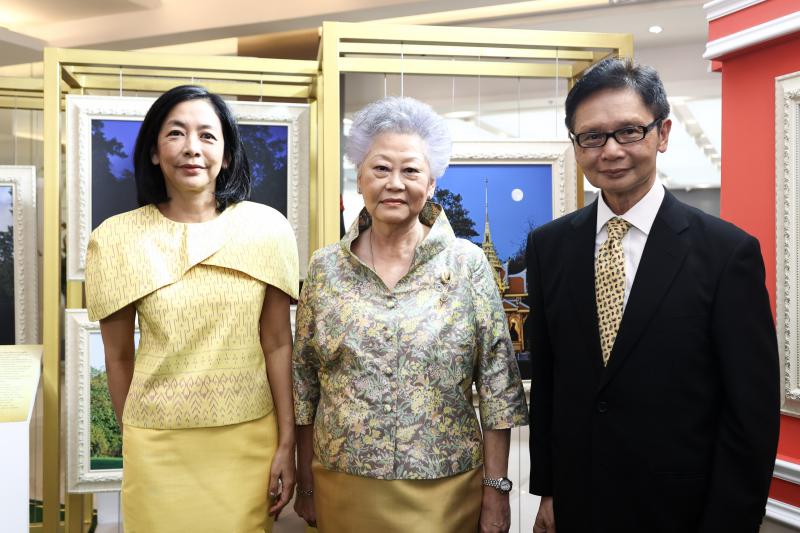 Mrs. Korblarp Poshakrishna, the Swiss Student Alumni Association’s President said that the life-size bronze bust project was initiated by the Swiss Student Alumni Association in celebration of the association’s 72nd anniversary. The State of Vaud, the city of Lausanne and the association agreed to place the bust in the Thai Pavilion in Lausanne where HRH Princess Sirindhorn paid homage in the inaugural ceremony on September 14.

The bust of the late King becomes a center of spirit and soul for Thais aboard to pay respect to the late King. The bronze bust is also a gift the association gave to the State of Vaud and the city of Lausanne where the Bhumibol family spent 18 years in occasion to celebrate its 72nd anniversary which comes at a time when Switzerland and Thailand celebrate the 90th anniversary of diplomatic relations.

“The Bust of King Bhumibol Adulyadej The Great in Lausanne is an event that the association together with the Ministry of Culture and Siam Piwat organize to pay tribute to the late King Bhumibol. Though you still have no plan to visit the Thai Pavilion in Lausanne where the original bronze bust is placed, we provide an opportunity to witness and admire the magnificence of the bust with the replica showcasing here in Bangkok,” says Mrs. Korblarp. 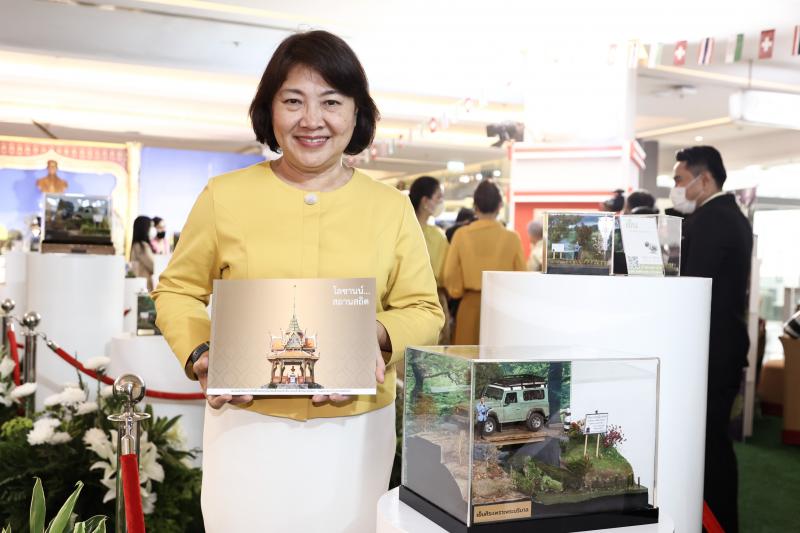 Mrs. Mayuree Chaiphromprasit, Siam Piwat’s President of Corporate Affairs and Communications said that “With our deep respect to the late King Bhumibol, Siam Piwat Group is pleasured to organize The Bust of King Bhumibol Adulyadej The Great in Lausanne at Siam Paragon. In remembrance of the late King, the event is held on His Majesty’s birthday anniversary. Visitors can witness the beauty of the bust and the Thai Pavilion. Even though both are replicas, they are gorgeously elaborated as we brought the original ones here. The event is taking place from 2-8 December at Siam Paragon.

The highlight is nothing more than the bronze bust with dimensions W56 x H74 x D27 centimeters. Created by leading sculptor Watchara Prayoonkham, the 40 kilograms bust is placed on the mock-up base as the original one in Lausanne which was created by Korkieat Thongphud. On display will also be a photo exhibition portraying the story of the Thai Pavilion which is the only aboard Pavilion with its top of the square hall with a pyramidal roof built in the style only reserved for the King. The photos showcasing the process of molding and the inaugural ceremony are also being displayed. We’ve never forgotten the genius of the late King, so the event will also display the models of royal projects such as the Check Dam project and the Soil Aggravation Project created by Kittinart Malithong. 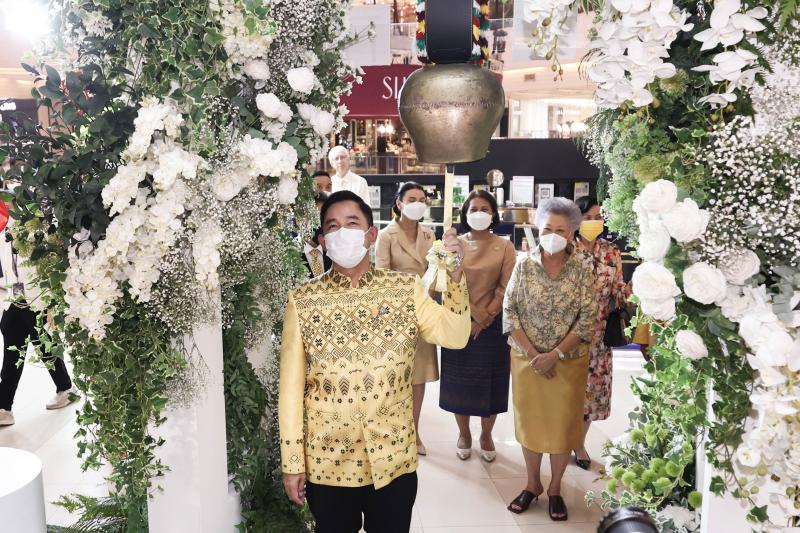 To memorize the project, the association has produced a book entitled “Lausanne…Sathan Sathit” telling the story of the Thai Pavilion in Lausanne from its construction to renovation as well as the bronze bust project and the inaugural ceremony on September 2022. Written by Pacharin Boonyaniyom Writer and photos by Philip Writer, the book will be on sale at the event. Proceeds will go to support the association’s scholar funds and charity activities.

Shopping is what visitors should not be missed. There will also be a fair selling a variety kind of products from  both Thailand and Switzerland featuring cheese, pastry baked by Swiss alumni, Movenpick ice cream, Thai fabric, Praewa Silk and accessories. You can also find products made by students from Sorn Dee School (Pracha Rath Anusorn) such as vermicompost, tie-dye shirts and paintings created by students with special care needed. Part of the proceeds will go to support education for students who lack funds. 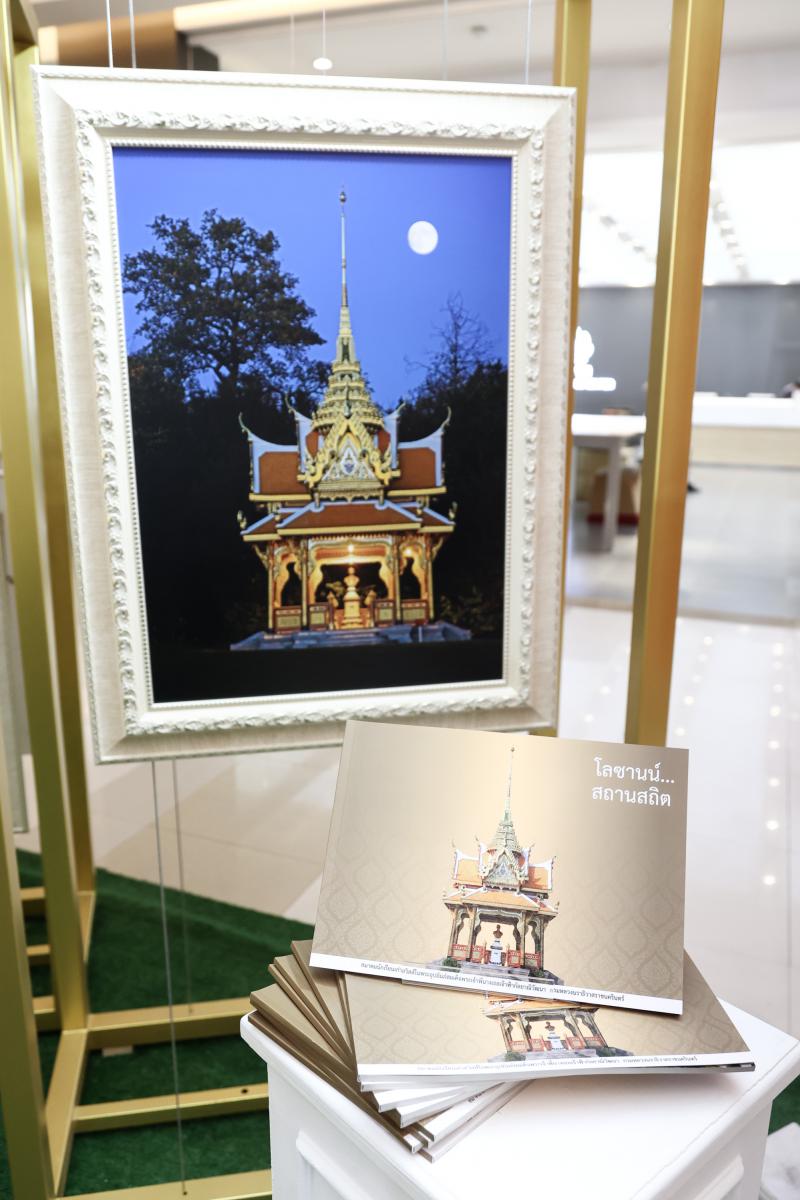 About Swiss Student Alumni Association under the Patronage 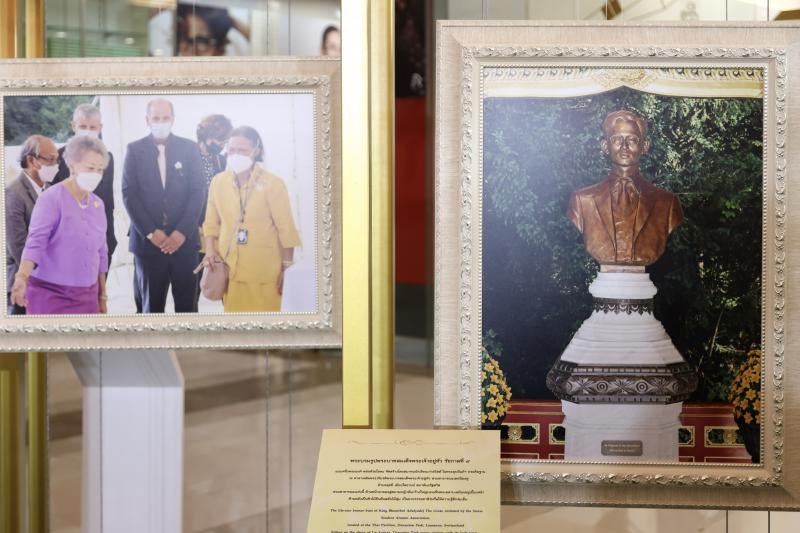 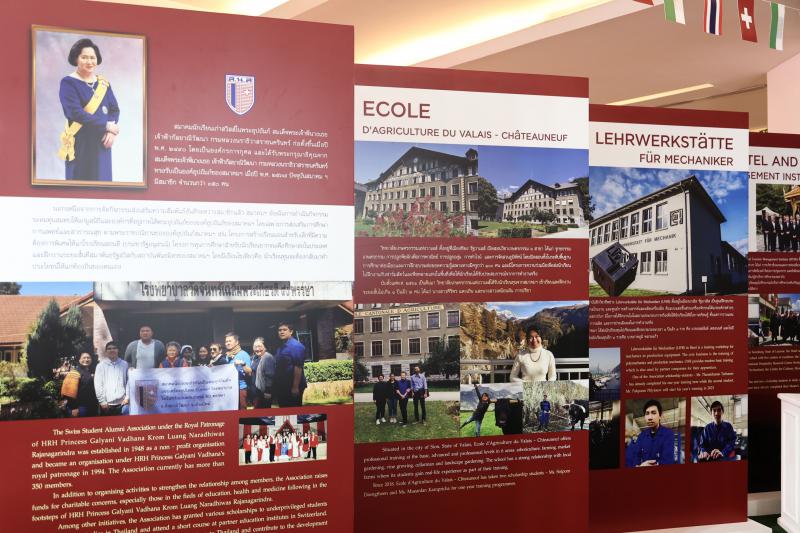 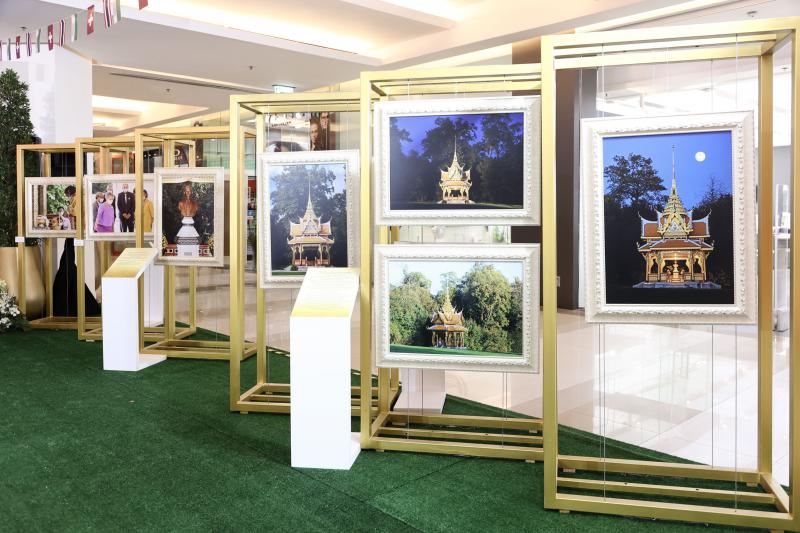 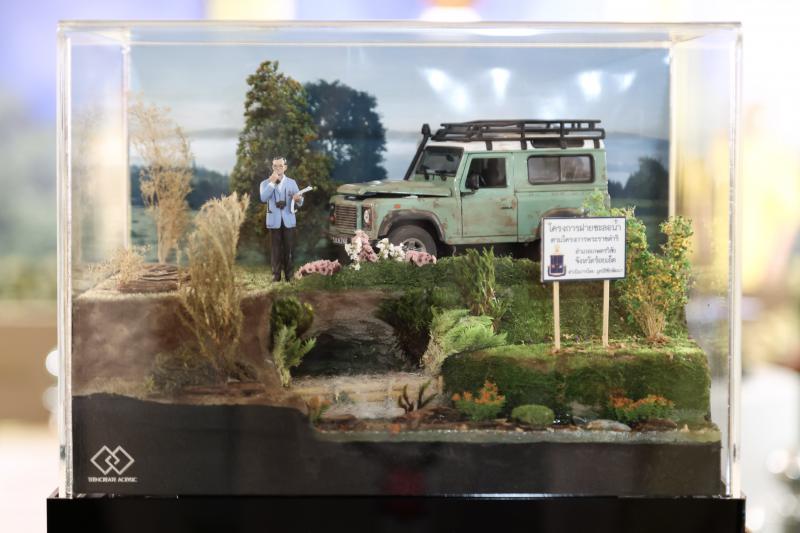 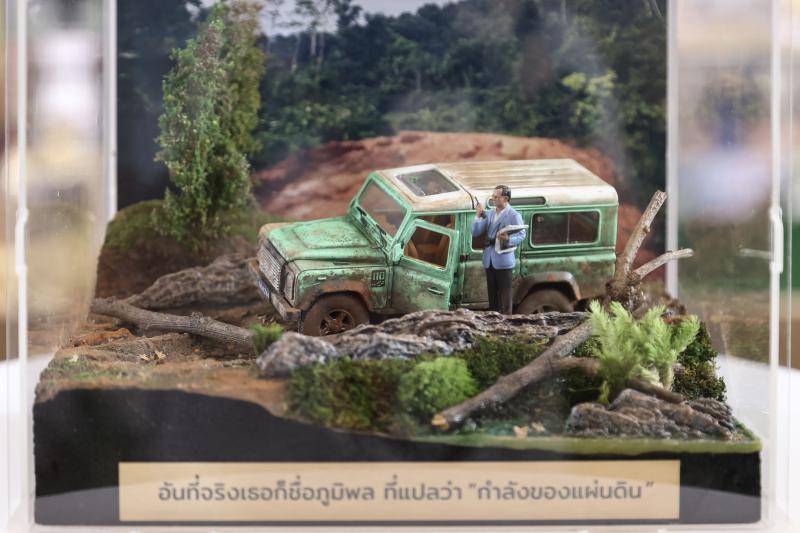 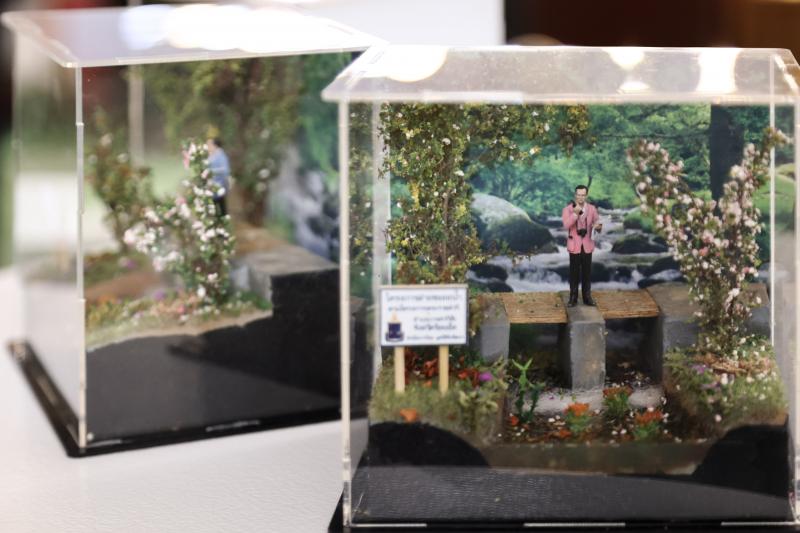 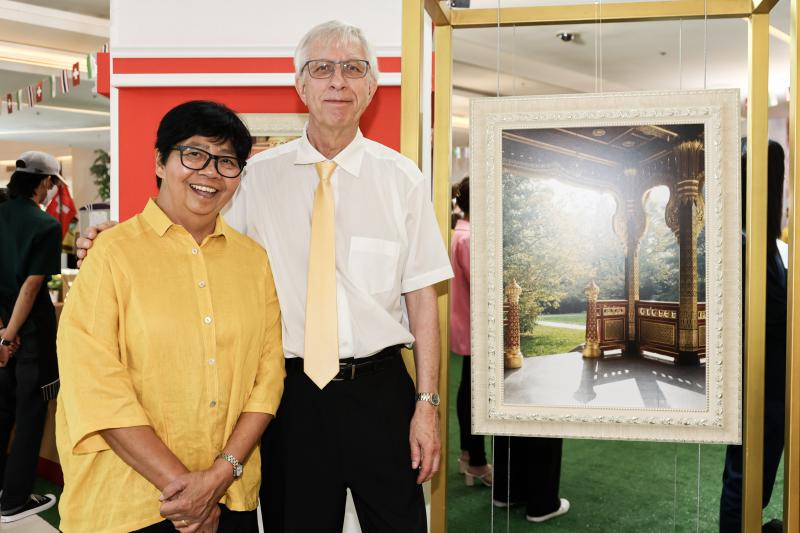 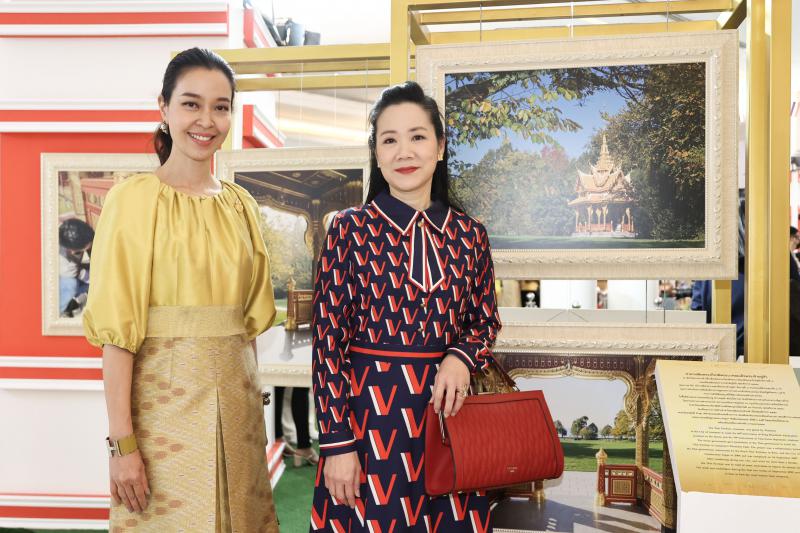