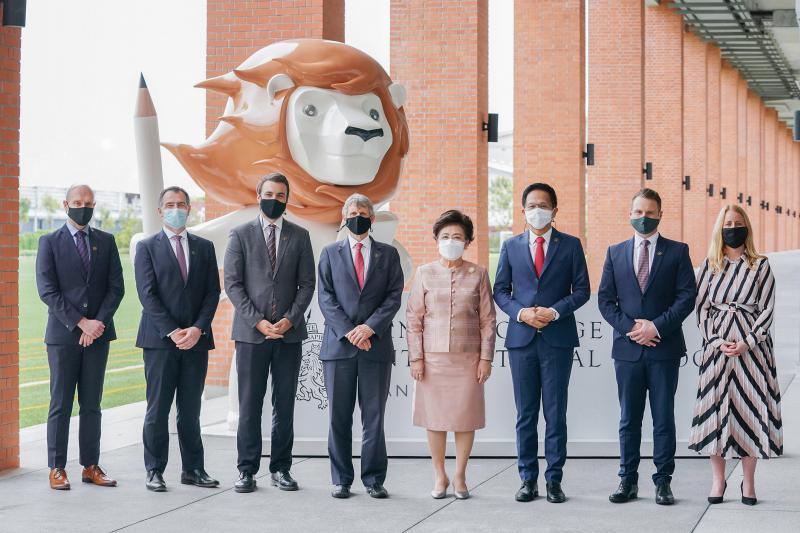 On this occasion, King’s Bangkok has released a film showing the students’ stories and experiences at the school. This can be viewed at bit.ly/OneYearAtKingsBangkok 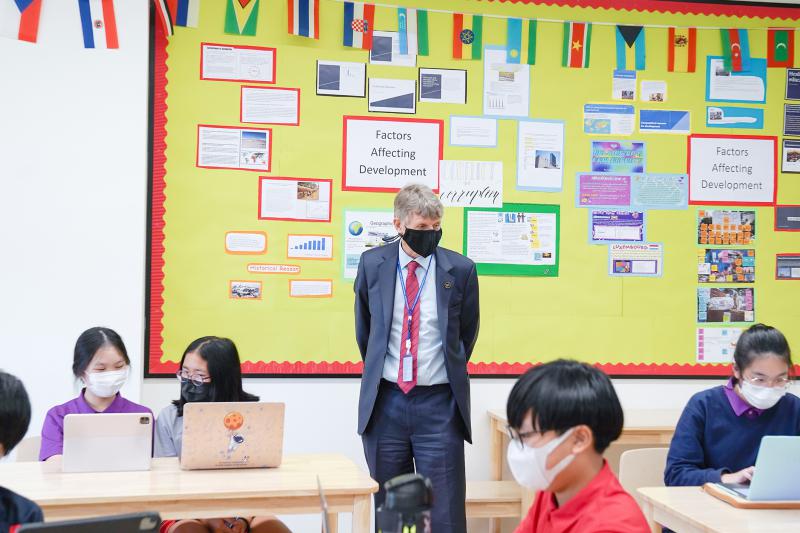 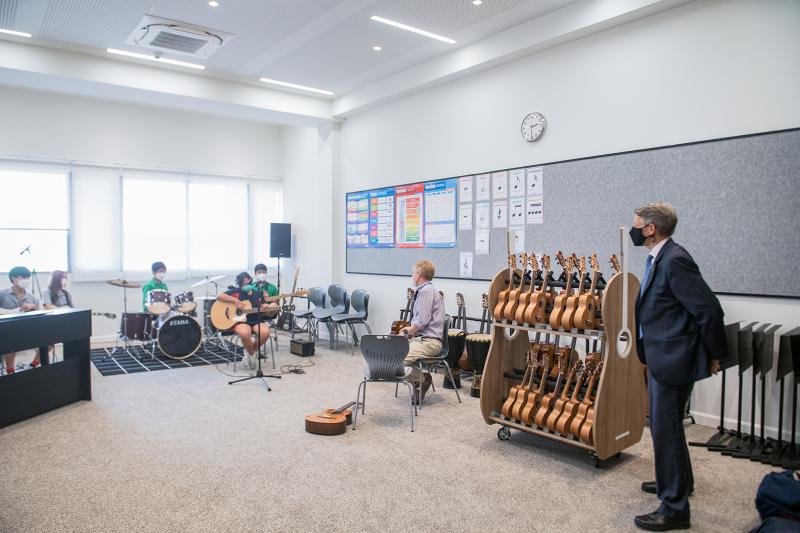 “The mission of King’s Wimbledon is to provide an excellent education to pupils ensuring academic success, based on values of kindness, respect, diligence, determination and good manners. This is my first visit to King’s Bangkok for an official quality audit but I am delighted to say that the collaboration between the two schools over the past three years has already been very smooth and productive. From what we have seen during the audit, we are confident that King’s Bangkok will set and achieve high standards for academic excellence at the same time as producing well-rounded, gentle and generous young individuals who will always want to learn,” said Mr. Andrew Halls OBE, who was the Head Master of King's Wimbledon from 2008 to 2021.

During the quality audit of King’s Bangkok, Mr. Halls and his team focused on the academic provision, the quality of life of students and satisfaction of parents. They observed lessons, including general subjects and PSHE (Personal, Social, Health and Economic Education), visited assemblies, house competitions and extra-curricular activities, interviewed students and parents, and held meetings with committee members, administrators and teachers of all levels.

They analysed data gathered from these methods and assessed the performance of King’s Bangkok. They found that King’s Bangkok’s Co-curricular Programme, focusing on providing opportunities for students to try a wide range of activities, sports, music and art under a pastoral care system, was extremely impressive. 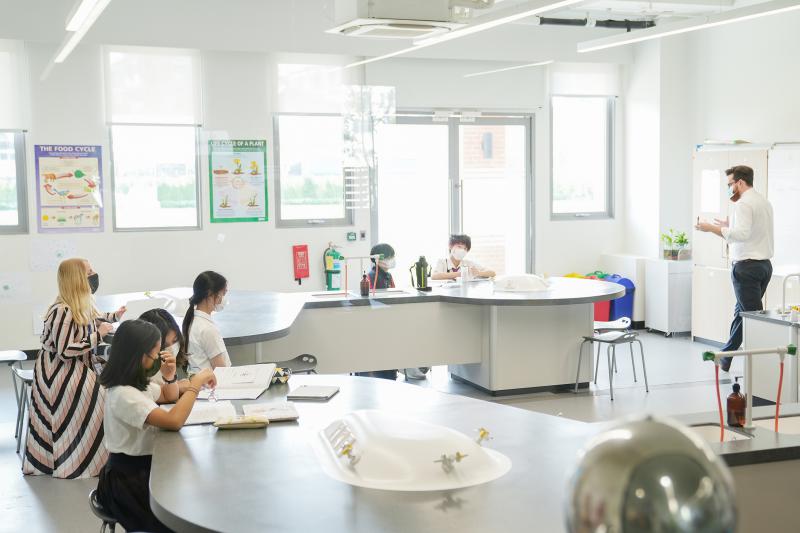 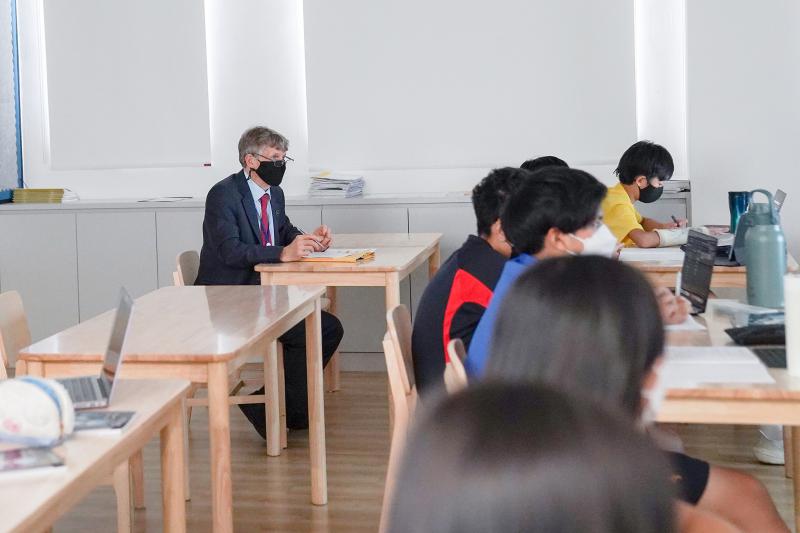 King’s Bangkok aims to guide and prepare its students for higher education at world-class universities, employing teachers from King’s Wimbledon to teach a variety of subjects including STEM Education (Science, Technology, Engineering and Mathematics). It also wants to develop its academic strength in order to become one of Asia’s leading schools.

King’s Bangkok believes the key to its success is its teachers, with King’s Wimbledon undertaking final round interviews. The teachers must have the ability to pass on the spirit of King’s Wimbledon and possess “a teacher’s heart” that is ready to open up to children and is determined to foster their growth and prepare them for their future.

Mr. Halls and his team found that parents of students at King’s Bangkok were satisfied with the teaching and care provided by the teachers and staff, and praised the excellent facilities which enable the students to have access to an environment that was conducive to learning and student development. Mr. Halls also attended the “Meet the Heads” event, where he exchanged insights with prospective parents and students and answered their questions.

Professor Emeritus Khunying Suchada Kiranandana, PhD, Chairwoman of the Board of Governors at King’s College International School Bangkok, said, “I feel honoured to be visited by the team from King’s Wimbledon. We have been working with them very closely despite the pandemic. The positive results of their assessment of our school show that our efforts are bearing fruit. I also consider this a great opportunity to show King’s Wimbledon the determination of our faculty and staff to develop the academic excellence and spirit of our students with great care, ensuring their well-rounded growth from their first to last day in our school. All our faculty and staff share the same ethos as King’s Wimbledon and the target to become one of Asia’s top schools according to our vision, which will also benefit the students greatly. King’s Bangkok has also been cooperating strongly with King’s Wimbledon on policy and management, which I am confident will continue further as we move forward and achieve goals together.”

Professor Sakorn Suksriwong, DBA, Chair of the Executive Committee at King’s Bangkok, said, “This is the King’s Wimbledon’s fourth visit to Bangkok but it is the first since the pandemic started. We have welcome five senior leaders from Senior School, Junior School and Pre-prep who came to assess the education provided by King’s Bangkok on a full scale. They found that we have developed extremely strongly since the start-up and I attributed this to the efforts of our headmaster and all staff members. We will continue to maintain this standard as we strive to become a leading school in Asia.” 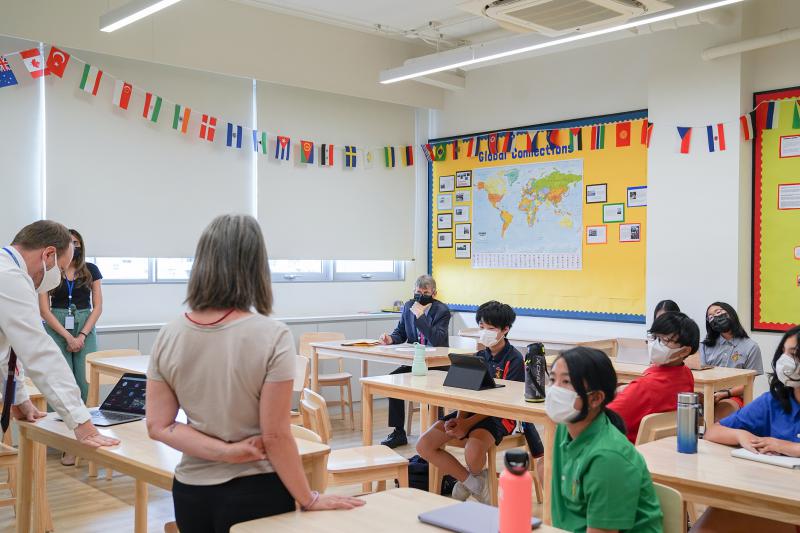 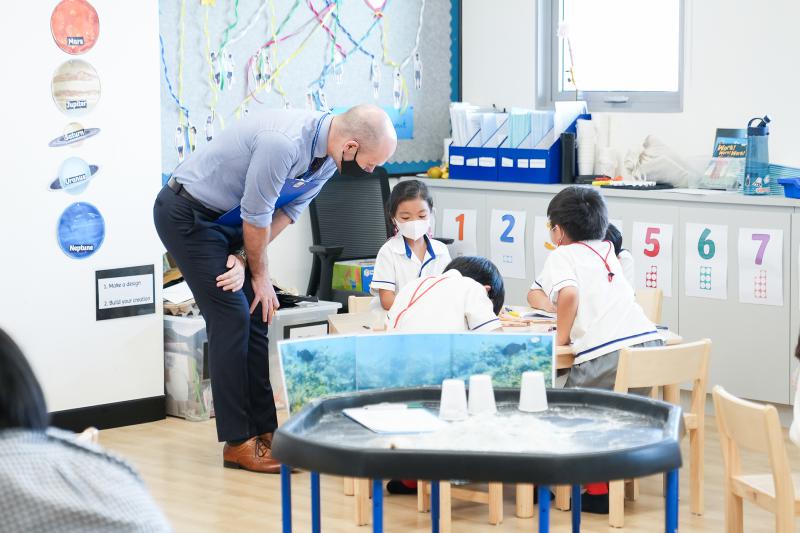 In addition to the quality assessment, King’s Bangkok conducted a survey on Senior School student satisfaction in several areas and found that almost 100% of students in the survey stated that they felt welcomed at the school and their friends are smart and friendly, and they could explore more possible opportunities for their future lives; 97% stated that they had learned to be humble, smart and kind. They were proud to be part of King’s Bangkok.

Mr. Thomas Banyard, Headmaster at King’s Bangkok, said, “I am very happy that, in less than a year since the opening of our Senior School, we are already reaching such high standards as set for us by King’s Wimbledon. Part of it is because we have a world-class faculty who are determined and ready to guide students to excellence in all areas. We also take care of each student individually and offer numerous IGCSE subjects for them to choose, just like top schools in the UK. In addition, our students had the chance to talk to Mr. Halls about the preparation one would need to be accepted into Oxbridge. As over 90% of King’s Wimbledon students are able to enter the university of their top choice, King’s Wimbledon has the ability to help our students achieve success while we provide world-class facilities that are on the same standard as the UK school.”

“Just as for a child, nothing is more important for a school than being able to learn, grow and improve. The recent audit not only applauds the many strengths of King’s Bangkok but provides us with helpful guidelines to ensure we continue our journey towards being one of the foremost schools of Asia. King’s College International School Bangkok plans to build upon its current success, with a mission to produce well-rounded, academically successful, happy young men and women who are ready for world-class university education.” 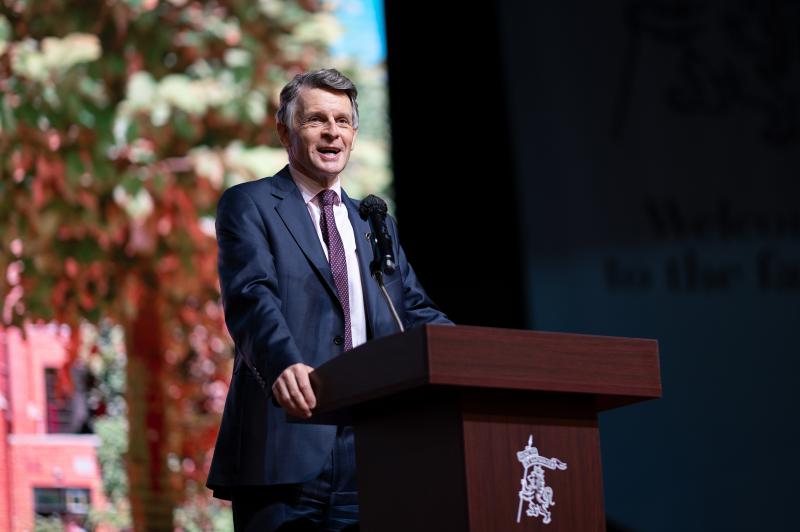 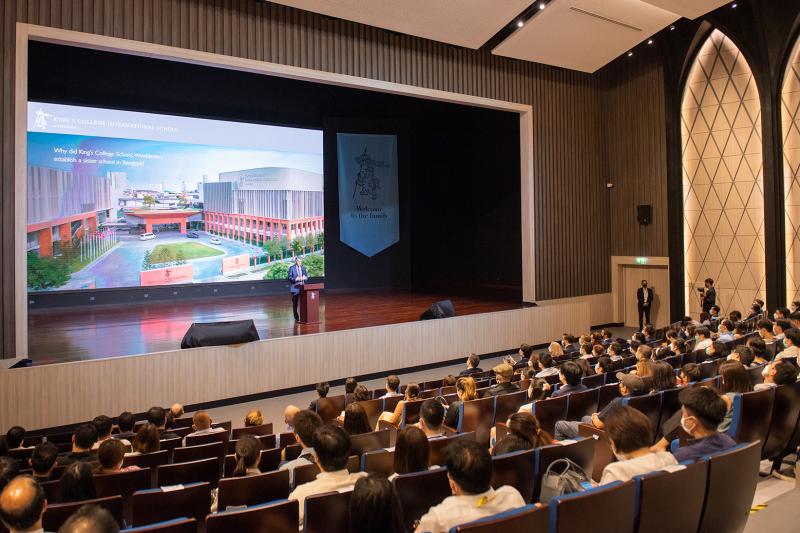