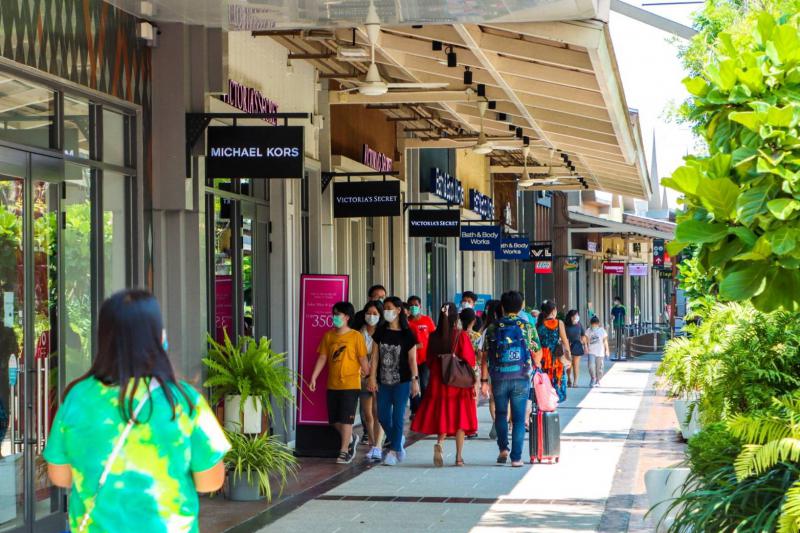 Krungthep – Central Pattana plc, Thailand's leading real estate developer, who develops Central shopping centers, residential estates, office buildings and hotels nationwide, has revealed that customer traffic at its shopping centers has increased by 30% nationwide, in particular, in tourist cities as seen by some positive signals of Thai tourism during the peak season such as the Songkran festival and The government has announced the ease of restrictions by allowing tourists to enter Thailand without having to undergo an RT-PCR test prior to entering the country, from 1 May onwards. Central Pattana continues to move to help push forward the Thai tourism industry and support economic recovery in the 3rd quarter by encouraging the government to ease restrictions for the tourism industry and preparing strategies to offer promotions and welcome tourism from both inside and outside the country. 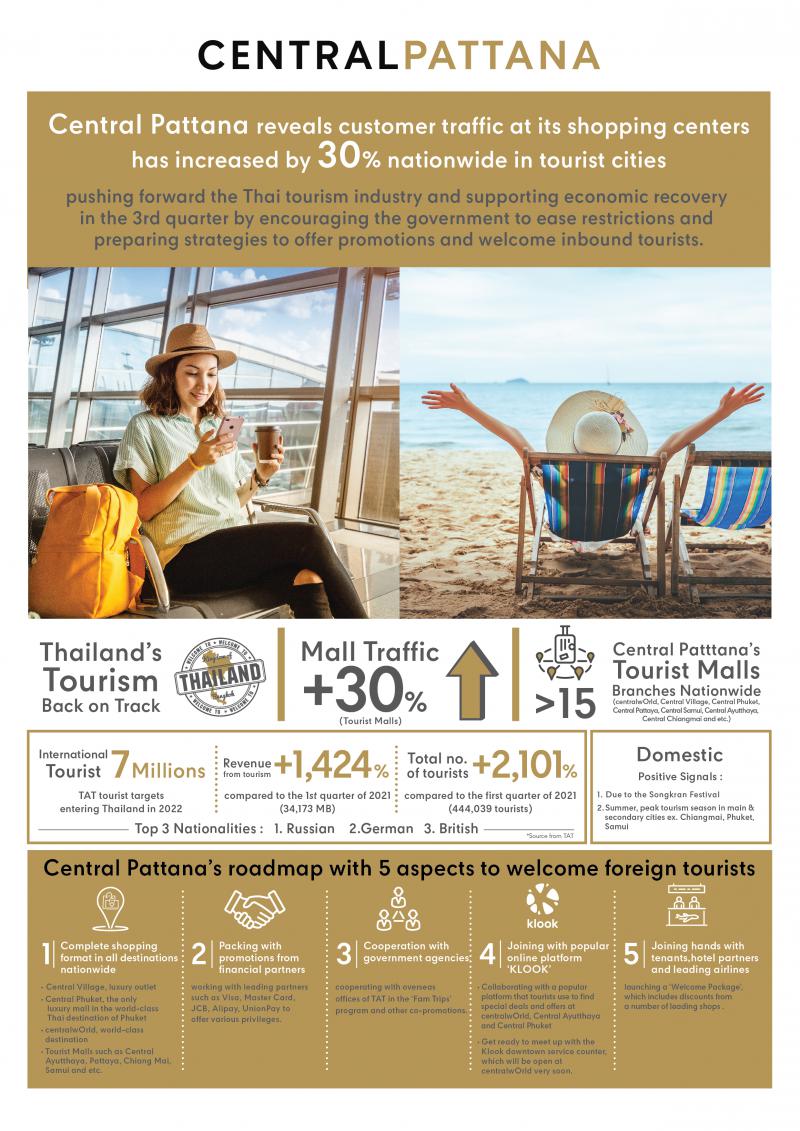 Dr. Nattakit Tangpoonsinthana, Executive Vice President of Marketing for Central Pattana plc, said: “The overall customer traffic at our shopping centers has increased by 30%, especially in shopping centers that focus on tourists or tourist malls, including Bangkok, Phuket, Samui, Chiang Mai, and Pattaya, etc. The figures from the Tourism Authority of Thailand (TAT) show that the number of foreign tourists entering Thailand during the first quarter of 2022 (Jan-Mar) was higher when compared to the same period of 2021. The total number of tourists entering Thailand this year (so far) is 444,039, which is a 2,101% increase in tourist numbers; and revenue from tourism is about 34.17 billion baht, which is a 1,424% increase compared to the first quarter of 2021.

The domestic market has grown well due to the Songkran Festival and the beginning of the peak tourism season, which has allowed the main cities such as seaside cities to attract more attention from foreign and Thai tourists, while secondary cities are usually attractive to Thai tourists, who are focusing more on cost-effective and short distance travel in order to save on fuel costs. The overall customer traffic at our shopping centers for domestic customers has resumed its normal state at 80% or more when compared to the time prior to COVID-19.

Inbound market – inbound tourists have gradually returned to shop at our shopping centers with a 30% increase, especially at tourist malls. The top three countries that have returned to Thailand in the first quarter are 1. Russia, 2. Germany and 3. the United Kingdom. It is believed that overall tourism in Thailand is recovering. The government has announced the ease of restrictions by allowing tourists to enter Thailand without having to undergo an RT-PCR test prior to entering the country, from 1 May onwards, however, it is expected to further improve when the government begins to gradually unlock the various quarantine measures during the middle of the year. This will allow Thailand to compete with neighboring countries and world-class tourist cities thanks to the lower cost of tourism expenses and cost of living. It is considered worthwhile visiting Thailand as the country has stronger tourism resources than several neighboring countries.

Recently, countries in Asia such as Vietnam, Cambodia, Malaysia, Indonesia (Bali) and Singapore have started to gradually unlock their restrictions to welcome tourists without quarantine. It is believed that Thailand's opening in the middle of the year will help to further boost the Thai economy and tourism. The TAT estimates that there will be more than 7 million foreign tourists entering Thailand in 2022, generating incoming revenue of approximately 30% of the total incoming revenue in 2019. 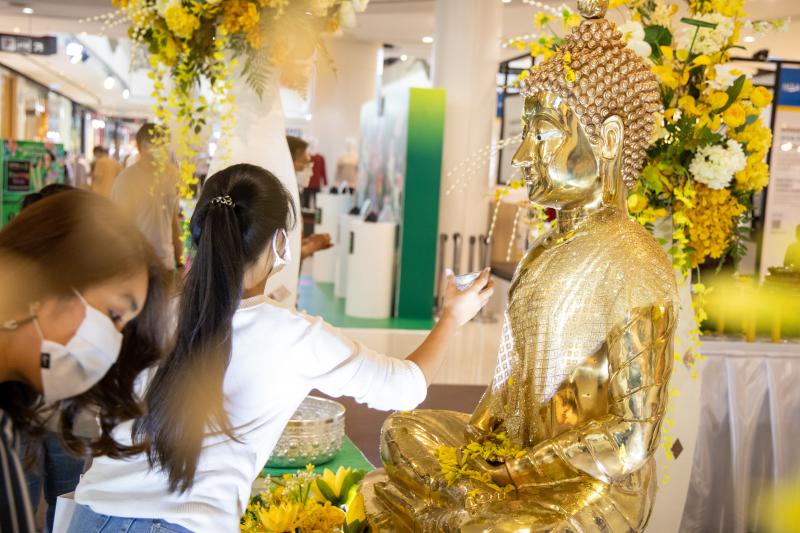 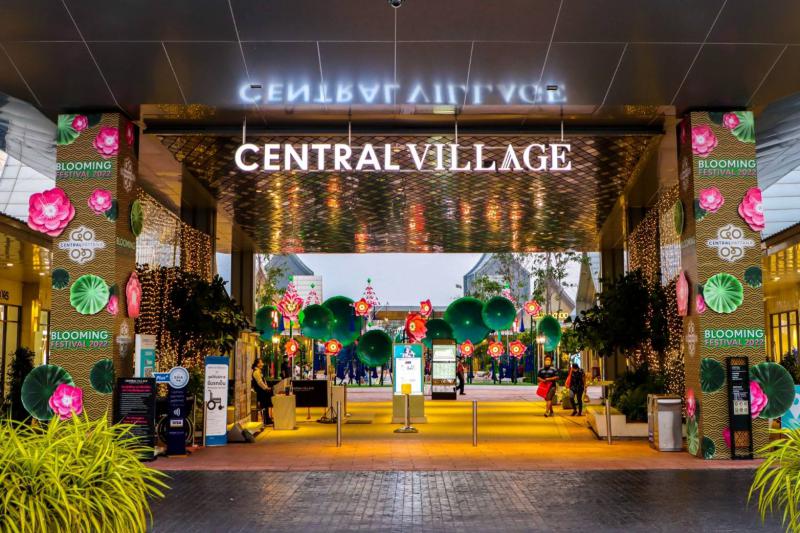 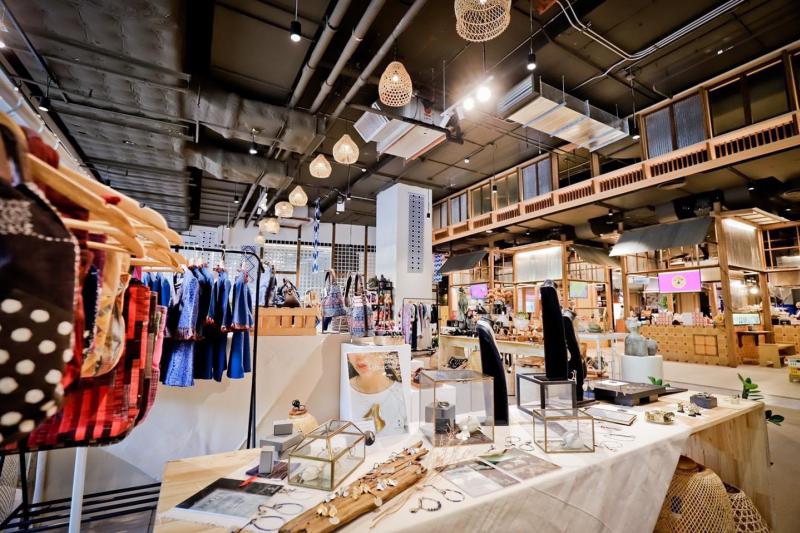 1. Non-stop development of every shopping format at the favorite shopping destinations nationwide

Continue thriving as the number 1 leader in the Thai shopping center industry with continued investment to complement Thai tourism – with shopping destinations in all formats in order to accommodate all types of customers and tourists such as: 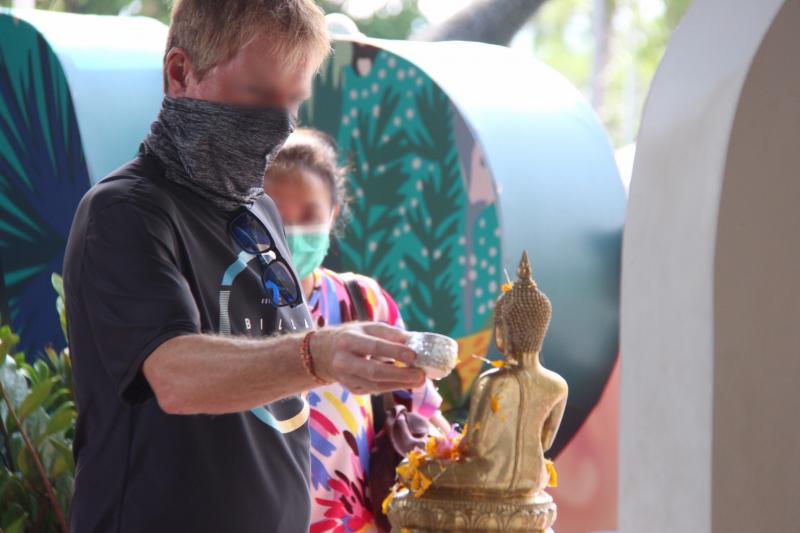 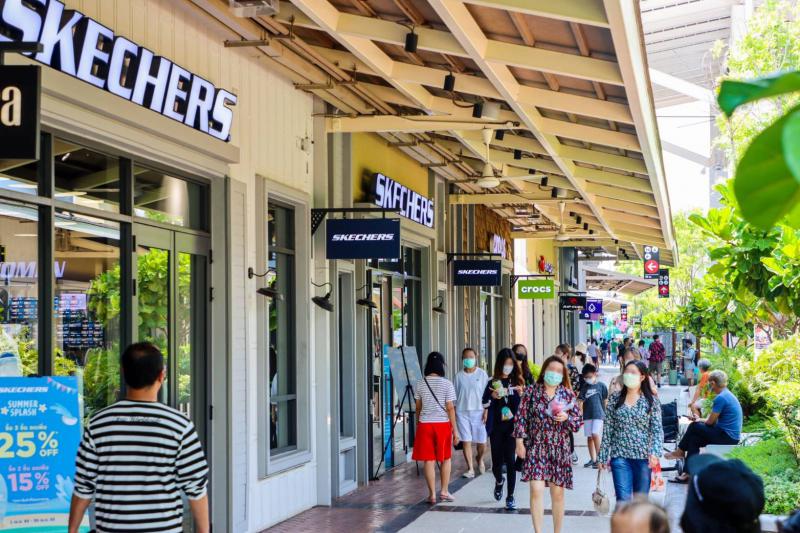 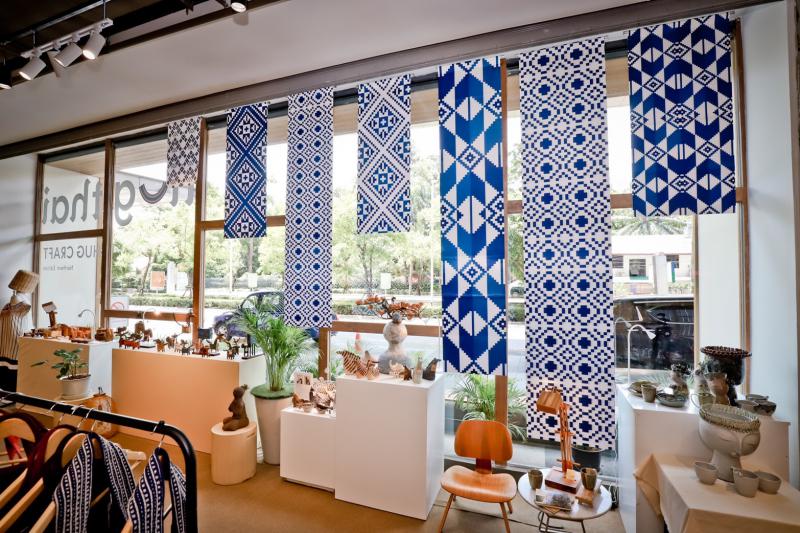 centralwOrld has also organized new shopping zones to welcome tourists in addition to the newly renovated Zone I, Zone Hug Thai Hug Craft, a point of sales for community products and souvenirs, Jingjai Market, a point of sales for agricultural products from community farmers nationwide in addition to various programs that will take place in various shopping centers that are considered foreign tourist destinations.

2. Packed with promotions from financial partners – Central Pattana is also working together with leading partners such as Visa, Master Card, JCB, Alipay, UnionPay to offer various privileges and programs to welcome foreign tourists such as free premium items, discounts when dining at food halls as well as discounts for Central department stores in addition to discounts and special rewards when paying by participating credit cards and financial institutions.

3. Cooperation with government agencies – Central Pattana is cooperating with overseas offices of the Tourism Authority of Thailand (TAT) in the ‘Fam Trips’ program and other co-promotions at Central Village, Central Phuket and centralwOrld in order to spur tourist spending.

4. Joining hands with popular online platform ‘KLOOK’ – a popular platform that foreign tourists use in order to find special deals and offers. Participating shopping centers include centralwOrld, Central Ayutthaya and Central Phuket, where we are offering both premium items and discounts. In addition, Central Pattana and Klook are organizing a One-Day Trip for Bangkok – Ayutthaya, where Central Pattana arranges the pick-up & drop-off areas at centralwOrld for foreign tourists as well as various privileges such as Starbucks vouchers worth 100 baht, and discounts from Klook worth 200 baht, etc. Get ready to meet up with the Klook downtown service counter, a comprehensive travel service counter from Klook, which will be open at centralwOrld very soon.

5. Joining hands with shops in the shopping centers, hotel partners and leading airlines We’re launching a ‘Welcome Package’, which includes discounts from a number of leading shops such as Disaya, Element 72, Lens & Time, OVV, RipCurl and discounts for food from restaurants such as LT Fish Restaurant, Salapao Ko Ouan and food halls etc. We are currently cooperating with several exclusive hotel partners located near our shopping centers to provide a fantastic 'Welcome Package' upon foreign tourists’ check-in and have joined hands with airlines such as Thai Airways, Bangkok Airways, AirAsia, Emirates Airlines, Qatar Airways, Kuwait Airways and more to offer special privileges such as a 'Welcome Pack' that consists of discounts from participating shops at our shopping centers, with a total value of over 3,000 baht etc.”

Central Pattana firmly believes that the incoming foreign tourists are quality tourists who are one of the key customer groups that will help generate income for Thailand in all sectors. If the government accelerates the unlocking of tourism restrictions in June, it will definitely help the Thai economy move forward. 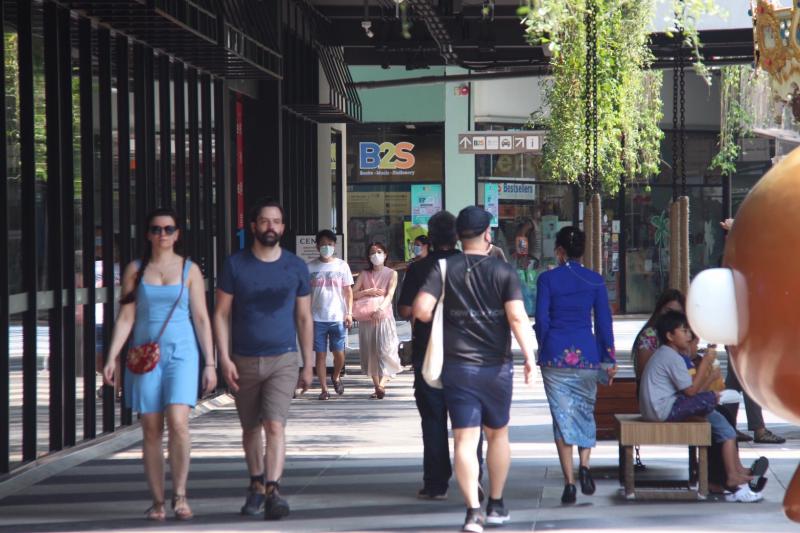 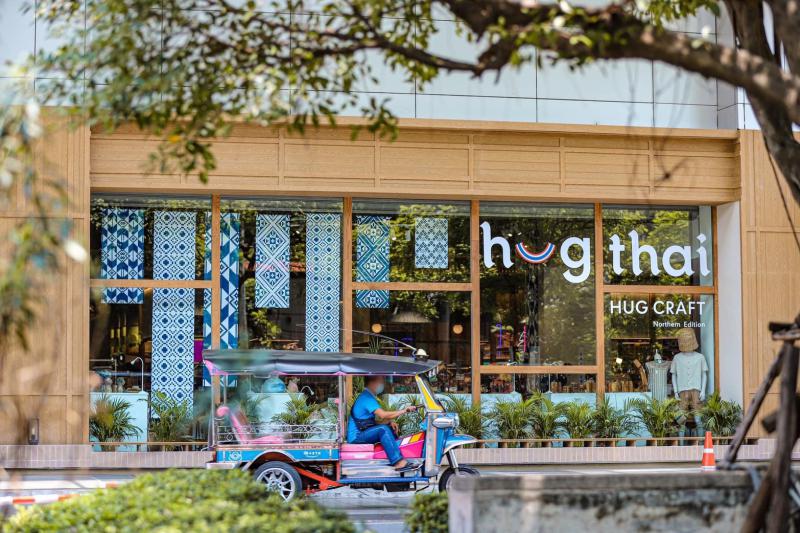 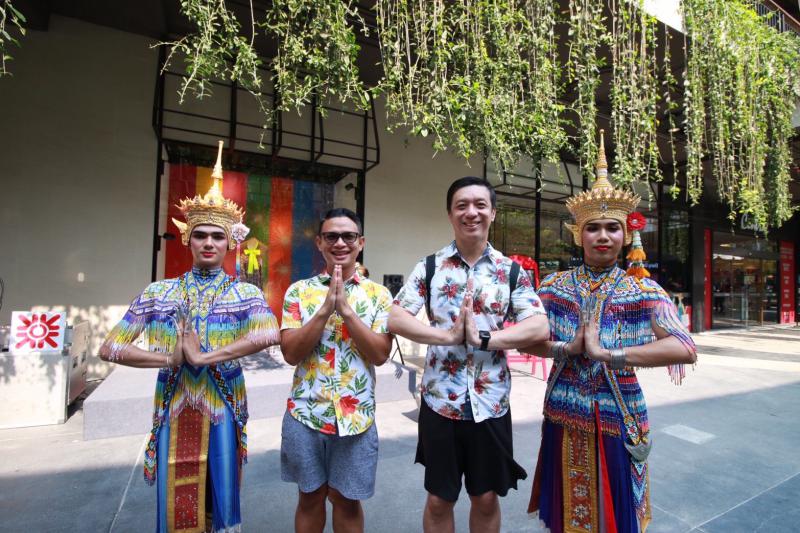 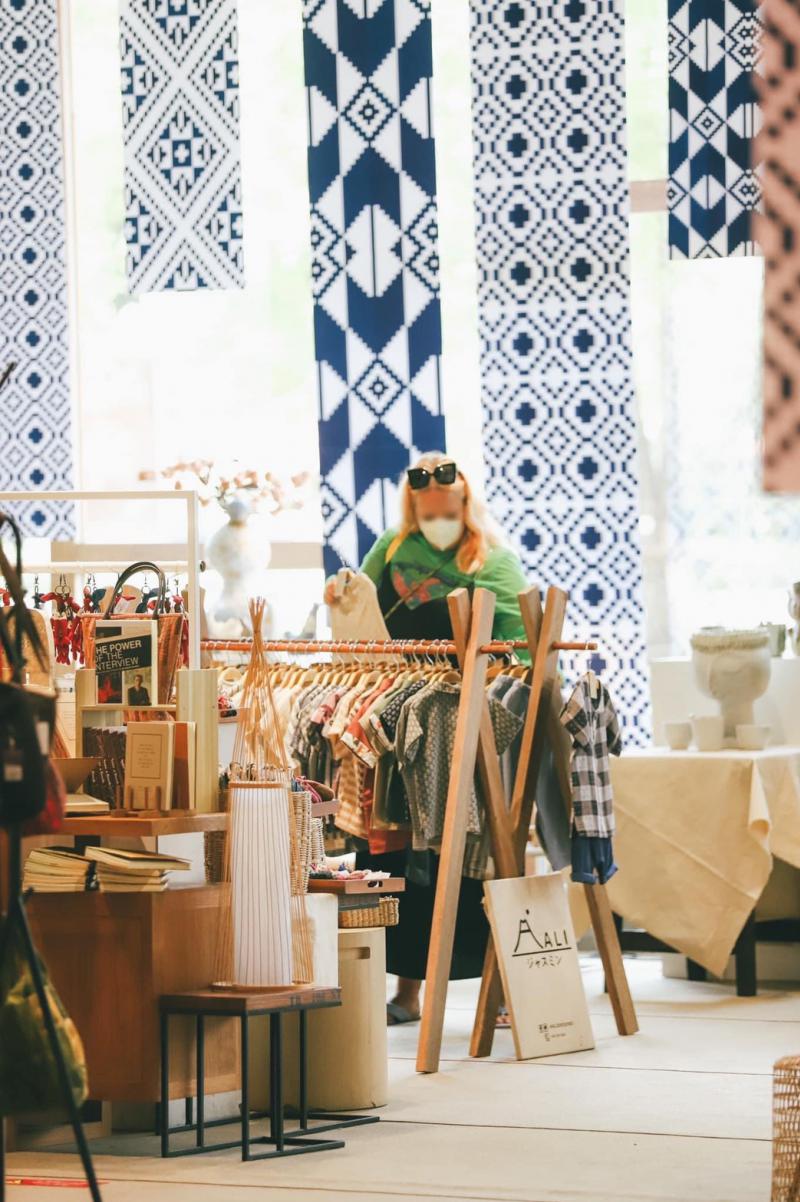