Metaverse Experts Affirm: Time to Be Ready To Ride the Wave of 'Meta-Changes' 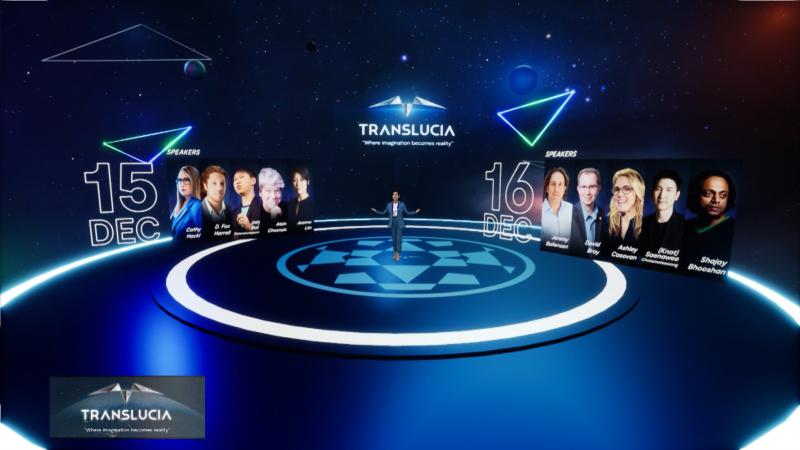 World-class futurists and technologists note 'Metaverse' has limitless potential, saying worldwide are focusing on integrating the virtual world with the real world to bring sustainable happiness to humanity.

· Metaverse Unlimited Virtual Forum exhibits future knowledge to inspire people to join the 'Translucia Metaverse.'
· Metaverse gurus affirm the accordance of the virtual spatial world and Translucia's vision in making a convergence of the shared virtual world and physical world to create balanced and sustainable happiness for humanity
· A Phenomenon Metaverse is coming, and it will revolutionalize the globe in every way for a better quality of life, society, economy and education
· Global experts call for all sectors to contribute to developing Metaverse practices for everyone to use the next-generation technology responsibly 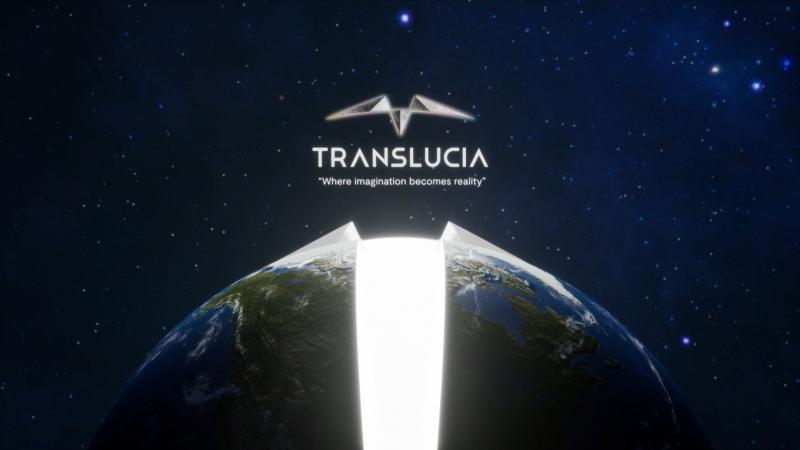 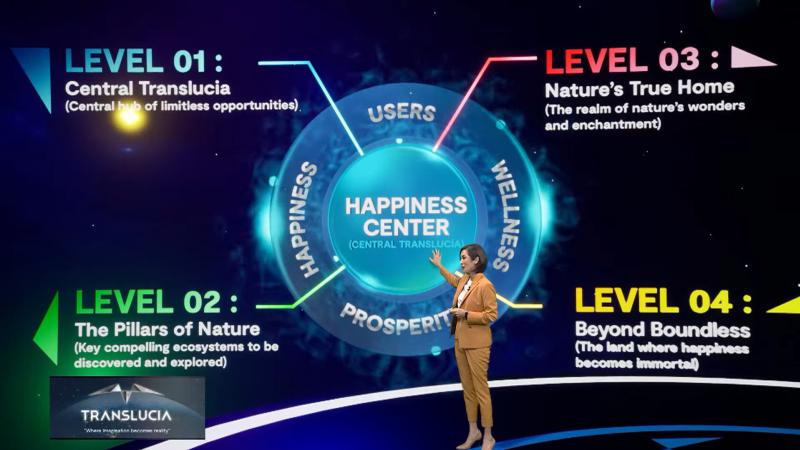 The   Metaverse has unlimited potential to transform the world while disrupting every industry. The new tech will evolve to change the pace of the economy, social, education, public health and peace-making movement to better serve humanity in the physical world, the futuristic world experts told audiences at the 'Metaverse Unlimited' forum.

A series of 10-tech leaders shared the knowledge, experiences, and research to global audiences, presenting their efforts and visions to create the shared virtual and the physical spatial world to move the world towards a decency path. 'Metaverse Unlimited' was Thailand's first global online forum on Metaverse, held on December 15-16, hosted by Translucia.

PP-Pat Pataranutaporn, a young Thai Futurist and Graduate Research Assistant at MIT Media Lab discusses how the immersive potential of future tech leads to where a single device can process, identify problems, find solutions, and produce a physical potion. At the Metaverse Unlimited forum, PP talks about how biotechnology researchers are developing wearable technology that could provide a comprehensive health solution. This wearable tech will provide up-to-the-minute details of what's happening inside wearers  bodies, offer a corrective measure, and create medicine. It not only detects illnesses and diseases but can also help the body treat and heal itself.

PP also suggests that artificial intelligence (AI) can help revolutionize education. Children can be taught by AI-generated historical figures, for instance, Albert Einstein or famous fictional characters like Harry Potter. The use of AI-generated characters would "enhance motivation in online learning" and offer students a tutor they have a connection to, PP added.

Jeremy Bailenson, Founding Director of the Virtual Human Interaction Lab at Stanford University and a leading authority on virtual reality (VR) technology, stressed that virtual reality (VR) can positively lead to social development. He cited his studies where students interacted with their own created avatars at different ages, genders and races. Over time, the research found students grew more empathetic to those from diverse backgrounds.

His studies have shown that VR can make people more empathetic and committed to environmental conservation and can also motivate people to pay more attention to improving their essential literacy. With the use of VR, Issues that would otherwise be abstract become real to people as it allows them to do things they can't do in the real world.

"It changes the way you think about others," Bailenson said, adding that VR is "a tool to help you rethink the world."
David Bray, Principal at LeadDoAdapt Ventures and Distinguished Fellow at both the Stimson Center and Atlantic Council, points out that Metaverse technology can be a tool to promote peace and solve social problems. In the virtual world, users can visit different countries and engage with local citizens, coming to a new realization without physical travelling.

He added the Metaverse allows users to walk in another's shoes and come to a greater understanding of issues facing people livings in different countries, such as inequalities, conflicts and discrimination.

At the forum, the speaker who is known as 'The Godmother of Metaverse; in global branding, Cathy Hackl, Chief Metaverse Officer and CEO of The Futures Intelligent Group, defines the 'Metaverse' as a convergence of virtual and physical world and a realm of infinite possibilities and opportunities.

The Metaverse, she said, is allowed through all new technologies such as augmented reality (AR), VR, blockchain and non-fungible tokens (NFT), noting that the new-aged technology can provide benefits in many ways. It is not only used in online games but also used in other forms of the entertainment industry, including branding and marketing, to push beyond the limits of the real world.

Alain Chesnais, Technical Leader in Data Analytics and Computer Graphics, he is a specialist behind Maya 3D, the program used to create scenes in James Cameron's "Avatar," walked the audience tuned in to the "Metaverse Unlimited" global forum through the evolution of the Metaverse, noting it already existed five decades ago.

He said it actually began with an experiment in AR at Harvard University in 1968. Yet, it took off with the launch of the megahit online games, allowing gamers to have a second life or avatar in a virtual world. Other platforms followed, including VR headsets by Oculus and Google.

He said that while the Metaverse is already here where people are involved in many ways, "the technology's major players "need to agree to standards for content distribution and interaction."

Speaking of the Metaverse in architecture, the future tech is also used in design to better serve residents' demands. It also helps preserve cultural heritage, says Saenawee Chatameteewong, Co-founder & Computational Design Director of DesireSynthesis. He said the use of computational design, which merges design techniques with computational technologies, revolutionizes architecture and the way buildings are constructed. Saenawee explained that "man and machine" can co-author projects throughout the process from the beginning as the new tech allows the designer, homeowner, and constructor to walk through every detail of the house in the virtual world.

He also noted that working within the Metaverse will lower the chance of misunderstanding between designer, homeowner and builder, leading to high efficiencies in managing project and cost control. The new tech has allowed him to incorporate elements of traditional Thai architecture into modern designs.

Saenawee says he envisions a future where traditional craftsmanship can be encoded and preserved in the Metaverse, allowing future generations to better understand Thailand's cultural history.

Shajay Bhooshan, Associate Director of Zaha Hadid Architects, stated that the Metaverse can transform cities from urban sprawl areas built for cars and machines into dense areas constructed for pedestrians, thereby reducing the city's global footprint. He also stated the expanse of the Metaverse will allow architects to build sustainable, user-friendly buildings and cities that protect and enhance the physical world.
Bhooshan added that property developers can tap into the 3 billion-strong gaming community to promote responsible architecture and get people to rethink how they view cities.

Although the new-age technology can enable great benefits, the cautious adoption of technology should be promoted. The users should be aware of standard practices of responsibly using technology to prevent the rise of technological threats.

D. Fox Harrell, Director of the MIT Center for Advanced Virtuality, cautioned that AI provides positive possibilities yet becomes a threat to humanity. As part of his research, Harrell uses AI technology to reveal embedded racial and gender biases in games and social media.
"Biases can find their way into (the metaverse) if we're not vigilant." Said Harrell.

He said AI technology has allowed gamers to reveal racial and gender biases in games that could harm the development of young children who are the community's majority.

Ashley Casovan, Executive Director of the Responsible AI Institute, a non-profit that promotes the use of "responsible AI," stressed that while technology became more widely used, biases that existed in the physical world crept into the virtual world as well. She exemplifies the use of AI technology to interact with users based on their sexual orientation, skin colour. The irresponsible use of technology results in discrimination, the inaccessibility of minorities in the public services. She also found Chatbots programmed to use hate speech.

Thus, Casovan called for the collaboration to develop a system of standards and governance to ensure that the Metaverse can be a safe place for all users.

Jeanne Lim, Co-founder and CEO of BeingAI and the co-creator of the famous 'Sophia' AI robot, noted the lack of knowledge has created fears of AI technology becoming a threat to humanity. Contrarily, people should learn how to engage with these technologies more effectively. 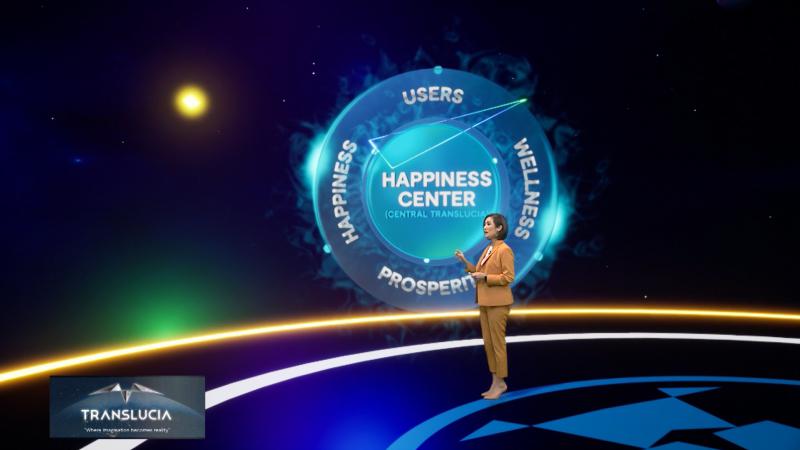 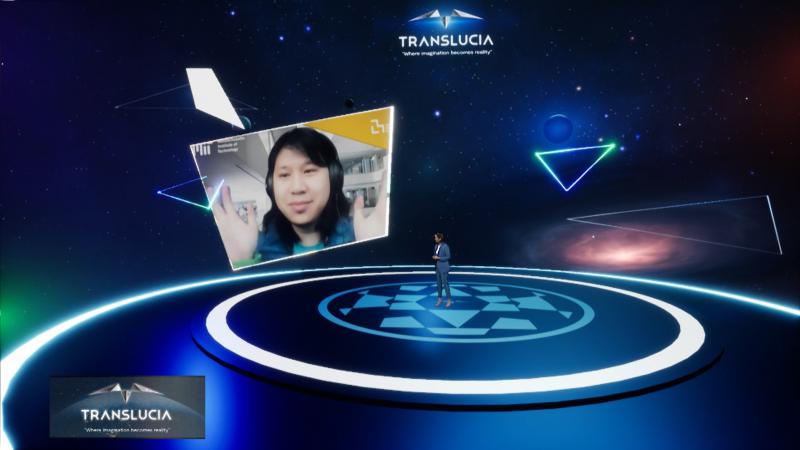 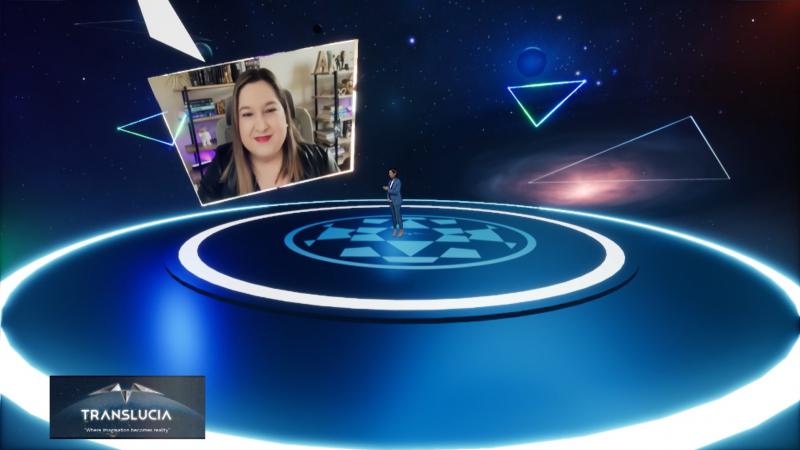 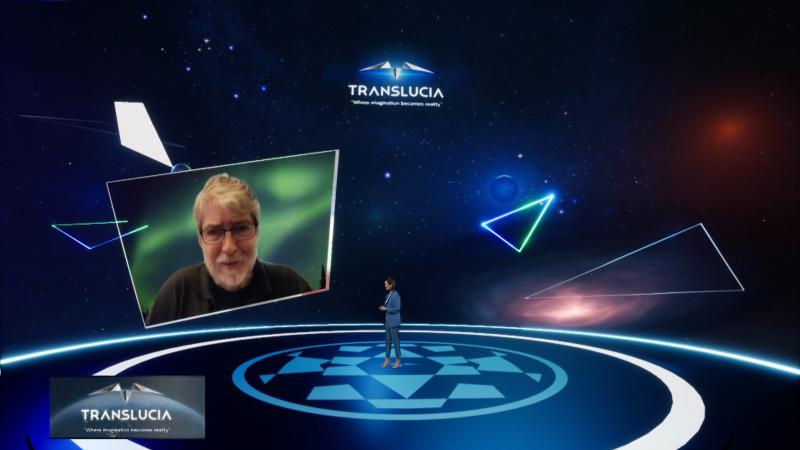