Automation can potentially reverse decline in manufacturing jobs through increase of output per unit of labour while improving working conditions.

As the Covid-19 pandemic disrupted global economies, the manufacturing sector in Thailand was also significantly affected due to the closure of factories and COVID-19 related restrictions, thus placing jobs at risk. Collaborative robotic automation is helping to slow and potentially reverse the decline in manufacturing jobs as manufacturers invest in innovative solutions that increase the output of every unit of labour; while improving working conditions for the human workforce. During the economic slowdown induced by the extended COVID-19 shocks, Thailand’s unemployment rate climbed to 1.9 per cent in August 2020, up from 1 per cent in August 2019.

According to the International Federation of Robotics (IFR), there was a gradual rise in the operational stock of industrial robots, with Asia being one of the strongest markets for industrial robots. Additionally, Thailand has built a strong foundation in automation and robotic technologies over the last few years. IFR reported that Thailand remains one of the 15 largest markets for the installation of industrial robots. With progressive support from Thailand's government, the nation has consistently taken steps to implement collaborative automation in the manufacturing industry. 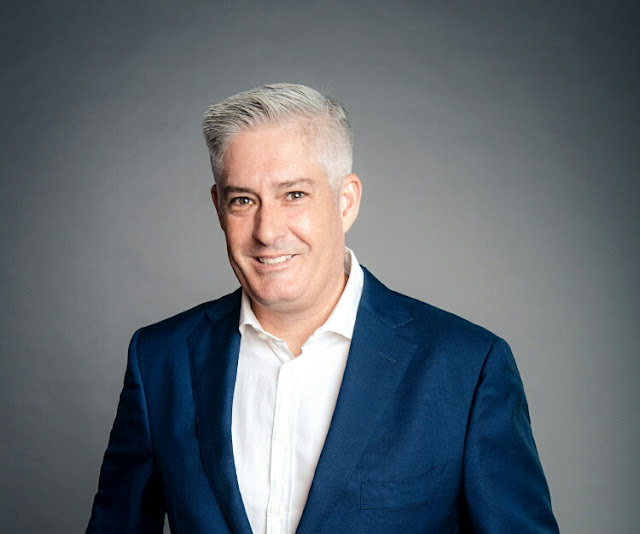 "The march towards automation is far from over. We have entered a phase where automation is protecting skilled workers from outsourcing by increasing the value of their time and effort. In today's industry, improving the value of human capital has never been more important. Now, we focus on both controlled and uncontrolled environments where automation equipment is being leveraged to improve safety and productivity. Automation is helping manufacturers evolve, thanks to innovative solutions such as cobots that are safe and flexible enough to complete complex tasks alongside humans," said James McKew, Regional Director of Asia-Pacific in Universal Robots.

For example, Thailand-based manufacturing and technology solutions provider, Benchmark Electronics, is committed to providing world-class manufacturing services in the increasingly competitive market. Benchmark Electronics deployed four UR5 and two UR10e cobots for assembly and testing tasks in its production facility to improve productivity and output quality. The highly flexible cobots enabled the company to achieve 25 per cent operational efficiency while saving 10 per cent of the manufacturing space, leading to new business opportunities. The introduction of UR cobots improved personnel flexibility by allowing operators to complete higher-skilled tasks required for more complex assembly processes.

According to International Labour Organisation, there are more than 1.1 million deaths every year due to workplace accidents or diseases in Asia. With 124 cases of fatal occupational injury in the manufacturing sector in 2020, manufacturing is one of the most hazardous industries in comparison to others.

Today, it is increasingly possible for high-risk activities to be offloaded to robots. Robots allow construction firms to move workers away from high-risk tasks and on to more value-added tasks.

Safety was an important contributing factor for the Indonesia-based manufacturer, PT JVC Electronics Indonesia (JEIN). JEIN deployed seven units of UR3 cobots to allow employees to work in close proximity without the need for safety fencing (upon risk assessment). The UR cobots relieved human workers from handling high-risk tasks such as soldering and separating cut PCB parts, which emit hazardous fumes and dust particles.

In the past, technologists argued that the world today would be largely automated, with minimal labour being performed by humans. Human workforces play a critical role in designing and manufacturing products.

"These state-of-the-art machines are designed to work alongside humans, helping to reduce workplace injuries and improving productivity. Cobots allow manufacturers in Thailand to make the best use of human workers and robots; the former provides creative problem-solving skills, mental flexibility, and real-world knowledge, while robots provide repeatability, accuracy, and 24/7 availability," concluded McKew 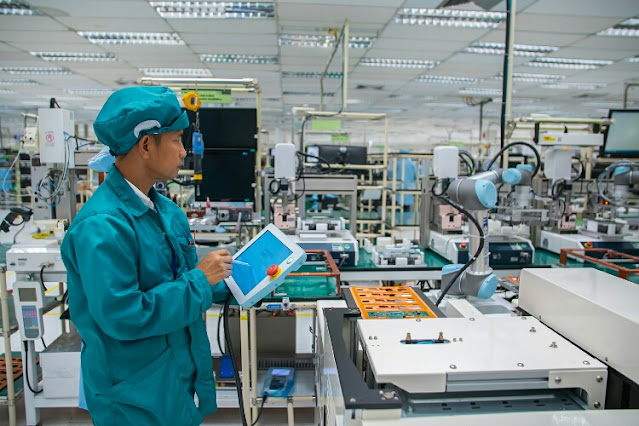 Universal Robots (UR) was founded in 2005 to make robot technology accessible to all by developing small, user-friendly, reasonably priced, flexible collaborative robots (cobots) that are safe to work side-by-side with people. Since the first cobot was launched in 2008, the company has experienced considerable growth with the user-friendly cobots now sold worldwide. The company, which is a part of Teradyne Inc., is headquartered in Odense, Denmark, and has regional offices in the United States, Germany, France, Spain, Italy, UK, Czech Republic, Poland, Hungary, Romania, Russia, Turkey, China, India, Singapore, Japan, South Korea, Taiwan and Mexico. In 2020, Universal Robots had revenue of USD 219 million. For more information, please visit universal-robots.com.